In valleys of springs and rivers,
By Ony and Teme and Clun,
The country for easy livers,
The quietest under the sun.

from A Shropshire Lad by A.E. Housman 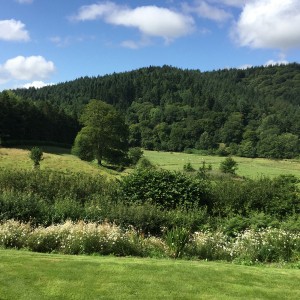 The Barn is right on the Welsh border making the peaceful seaside village of Aberdovey in the Snowdonia National Park just a 2 hour drive through beautiful country.

Closer to home The Barn lies only a short distance from the Stiperstones ridge to the north and west and to the Long Mynd in the east.

One stretch of The Shropshire Way which follows the long avenue of ancient beeches climbing Linley Hill, is  a short walk away and can be seen from the garden at Lower Beach. 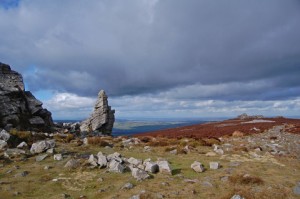 the Kerry Ridgway the old trade and drover’s route from Wales to the lowland English markets.

The Shropshire Highland Challenge takes place each year in June  attracting serious riders from across the West Midlands but also many others who take part for the fun and pleasure of exploring Shropshire’s quiet lanes and hills. Closer to The Barn, the Long Mynd Batch Burner, a local Mountain Bike Challenge which raises money for Norbury Primary School, takes place on 4 June 2016.

More cycling information and cycle hire can be found at Wheely Wonderful Cycling. 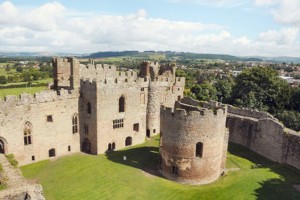 Ludlow Castle began in the late 11th Century as the border stronghold of the Marcher Lord, Roger De Lacy. In 1501 Prince Arthur, son of Henry VII and brother to Henry VIII, with his bride Catherine of Aragon, lived here for a short time before his early death. Queen Mary Tudor and her court spent three winters at Ludlow between 1525 and 1528. Read more…

Stokesay Castle, at Craven Arms 7 miles North West of Ludlow off the A49, is not really a castle at all, it is the finest and best preserved 13th century fortified manor house in England dating back to 1281. Open every day in the summer. Read more…. 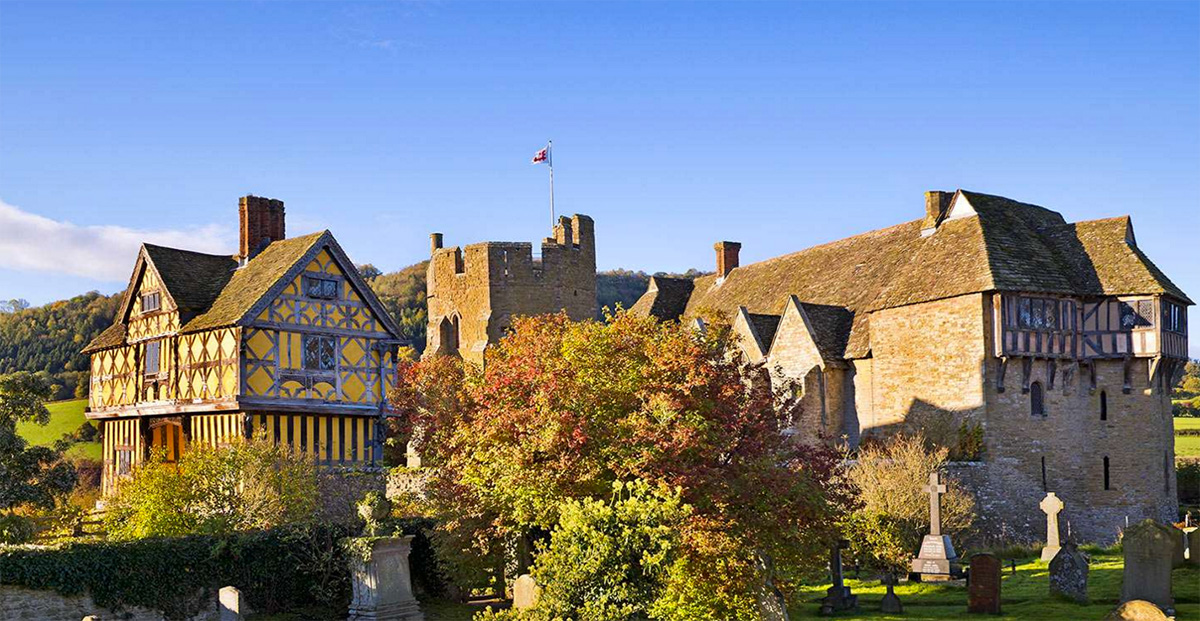 Other interesting castles are dotted up and down the border at Clun, Hopton and Wigmore.

Wollerton Old Hall is a charming 16th century plantsman’s garden. The garden has been designed and developed by Lesley and John Jenkins since 1984. 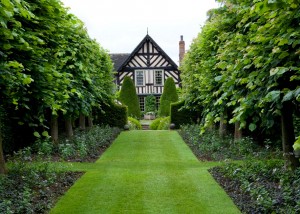 It is set around a 16th Century Hall House and has developed into an important modern garden in the English Garden tradition with echoes of Arts and Crafts. It covers 4 acres and is intensely cultivated.

Chris Beardshaw describes it as ‘Possibly the most beautiful personal garden to have been created in the last 25 years’. Read more…

Other gardens worth a visit include Hergest Croft Gardens, Morville Hall and finally David Austin Roses. 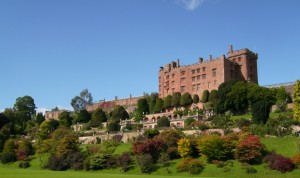 The world famous garden at Powis Castle is overhung with clipped yews and shelters rare and tender plants. Laid out under the influence of Italian and French styles, it retains its original lead statues and an orangery.

High on a rock above terraces, the castle, originally built about 1200, began life as a medieval fortress.

Remodelled and embellished over more than 400 years, it reflects the changing needs and ambitions of the Herbert family – each generation adding to the magnificent collection of paintings, sculpture, furniture and tapestries. A superb collection of treasures from India is displayed in the Clive Museum.

Eating Out and In 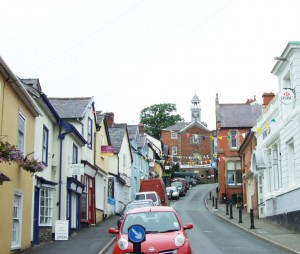 In Bishops Castle The Three Tuns brew their own beer. Bishop’s Castle is a medieval town with a fascinating architectural mixture. It is still a rural market centre, with regular cattle and sheep auctions and a farmers’ market in the Town Hall. It won a Walkers are Welcome award and activities throughout the year include an annual Walking Festival and a Michaelmas Fair. Read more…

Close to home, The Checkers Pantry serves excellent breakfast and lunch in Montgomery, a lovely Georgian town, with good independent shops including Montgomery Real Bread, Monty’s Brewery and a weekly market with a fish stall and good local vegetables.

Ludlow was described by the Economist magazine as the food capital of England and it continues to have a range of good restaurants including CSONS situated down by the river Teme.   There is a Tesco supermarket and the prize winning Ludlow Farm Shop is just outside the town to the north on the A49.  Shrewsbury also has many excellent places to eat including an award-winning restaurant, The Walrus.

There is a weekly food market on Friday mornings in nearby Lydham and supermarkets at Church Stoke and Craven Arms as well as a small co-op in Bishops Castle.